On 18-20 June 2004, the Business History Conference (BHC) will host its annual meeting in Le Creusot, France. The BHC is the leading scholarly organization in the United States for the study of business history. Le Creusot is a major center for the study of France's industrial heritage, and the home of the Académie François Bourdon. The Académie is an independent research institute that maintains an archive with many collections on topics in European business history. The Académie also maintains several buildings that were once part of the Schneider Works, long a leading manufacturer of steel, armaments, and metal products. The conference will take place at the Académie, as well as at a nearby château. Le Creusot is located 250 kilometers southeast of Paris, and is a gateway to the culturally rich Burgundy region. It is easily reached from Paris by high-speed train.

Photos from this annual meeting

BHC Members: submit your own photos from this meeting 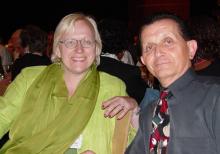